One day journey in Samarkand (SAM0101)

When you book with an account, you will be able to track your payment status, track the confirmation and you can also rate the tour after you finished the tour.
Sign Up

Or Continue As Guest

When you book with an account, you will be able to track your payment status, track the confirmation and you can also rate the tour after you finished the tour.
Sign Up
5645

Why Book With Us?

Do not hesitage to give us a call. We are an expert team and we are happy to talk to you. 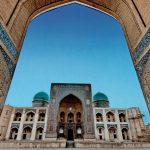 10 reasons why you should visit Uzbekistan
Июнь 6, 2016CONTRAST 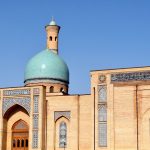 Golden smiles on the road to Uzbekistan
Июнь 6, 2016CONTRAST 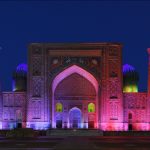 Uzbekistan: the most fascinating country you’ve never been to
Июнь 6, 2016CONTRAST 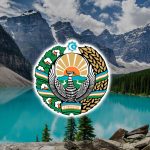 The state anthem of the Republic of Uzbekistan
Июнь 6, 2016CONTRAST

By choosing the Cultural Day Tour to Samarkand from Tashkent by «Afrosiyob» Train, you will see the whole architectural grandeur of one of the most ancient cities in the world, which is also called the “City of Great Shadows”.

The Samarkand monuments like shabby pages of history, by “skimming” of which, you can learn the history of the great city.

Structures, built mainly under Amir Timur, his grandson Ulugbek and other rulers from the Temurid dynasty have survived in Samarkand up to date. For one sightseeing day you will see the best-known sights of Samarkand: Registan Square, the Gur-Emir Mausoleum, Shakhi-Zinda complex, Ulugbek Observatory and Bibi-Khanum Mosque.

Economy-class ticket for train Tashkent-Samarkand-Tashkent;
Guided sightseeing tour in Samarkand;
Entrance fees to the museums, mausoleums and other sights;
Transport to/from the train station and throughout the Samarkand tour.

Transfer to the Railway Station at 07:15. The high-speed train «Afrosiyob» leaves for Samarkand at 08:00 and arrives in Samarkand at 10:10.

A guide and driver will meet you at the station, which is a starting point of the Samarkand tour. The tour program includes visits to Gur-Emir Mausoleum, Registan Square, Bibi Khanum mosque, Shahi-Zinda necropolis, Ulugbek observatory and the central Samarkand bazaar.

Transfer to the hotel.

20 travellers are considering this tour right now!
Go to WeChat

We use cookies for the best presentation of our site. If you continue to use the site, we will assume that it suits you.Ok