Uzbekistan is exactly how you image it to be – dazzling mosques, intricately carved minarets, Soviet-style buildings and towns stuck in time.

The Silk Road cities of Samarkand, Khiva and Bukhara are crowded with monuments paying homage to its history, tales of bravery, war, destruction and revival. But while one half of Uzbekistan celebrates the ancient trade route, the other is paving way for what’s to come.

Home to Central Asia’s first metro and recently built high-speed train, Tashkent is quickly waving goodbye to its Soviet past as it transforms into a buzzing metropolis where the old meets the new in perfect proportions.

Despite the change, Uzbekistan remains a tightly regulated state and although tourists are largely unaffected by it, refrain from discussing politics in public places. This aside, Uzbekistan is an extremely friendly country with welcoming people, who with their golden smiles are guaranteed to warm your heart.

Silk Road may be the card that draws visitors to Uzbekistan but there is plenty more to engage the curious traveller: the diminishing Aral Sea, arid deserts and snow-capped peaks of Tien Shan mountains. Best time to travel is April-May and September-October when the temperatures average between mid to high 20s.

If you aren’t already convinced, here are 10 reasons why Uzbekistan should be pretty high up on your travel bucket list;

The history of Silk Road goes as far back as 138 BC when China opened its borders. Over centuries, traders, missionaries and conquerors travelled from Asia to Europe through Uzbekistan and brought with them new cultures, religions and crafts, traces of which still exist.

Visiting the ancient cities of Bukhara, Samarkand and Khiva, you’ll find Persian-inspired domes, traditional Silk weaving methods and workshops practising age-old techniques of paper making from mulberry — both of which were brought here from China.

The beauty and marvel of Samarkand is powerful and addictive. It’s home to one of the most recognisable monuments in Central Asia, the Registan – a square with three prominent madarassas. The buildings really come to life during dusk when the hues of the setting sun coupled with yellow lights illuminate the structures. Also visit the tomb of Amir Timur at Gur-Emir Mausoleum, Shah-i-Zinda necropolis and the observatory of Ulugbek. 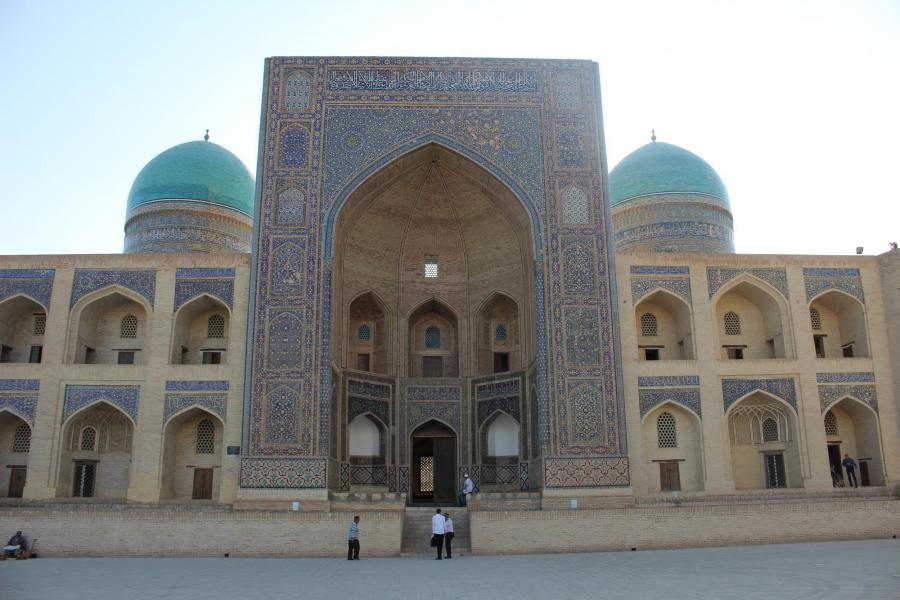 3. Travel back in time

Formed in 13th century B.C., Bukhara was once a large commercial centre on the Silk Road. Today it remains one of Uzbekistan’s oldest and most fascinating cities with narrow streets, bazaars and breathtaking architectural monuments.

There is a lot to see in Bukhara and although the sites are only a short distance from each other, give time to truly enjoy this enchanting city. Visit the Abdullazizkhan, Ulugbek and Chor-Minor Madrasah, be mesmerised by the wooden ceiling at Bolo-Khauz Complex and experience the symbol of state power at the Ark Fortress. Spend your evenings walking around its many ceramic and fabric-laden bazaars.

4. Get a taste of Soviet architecture in Tashkent 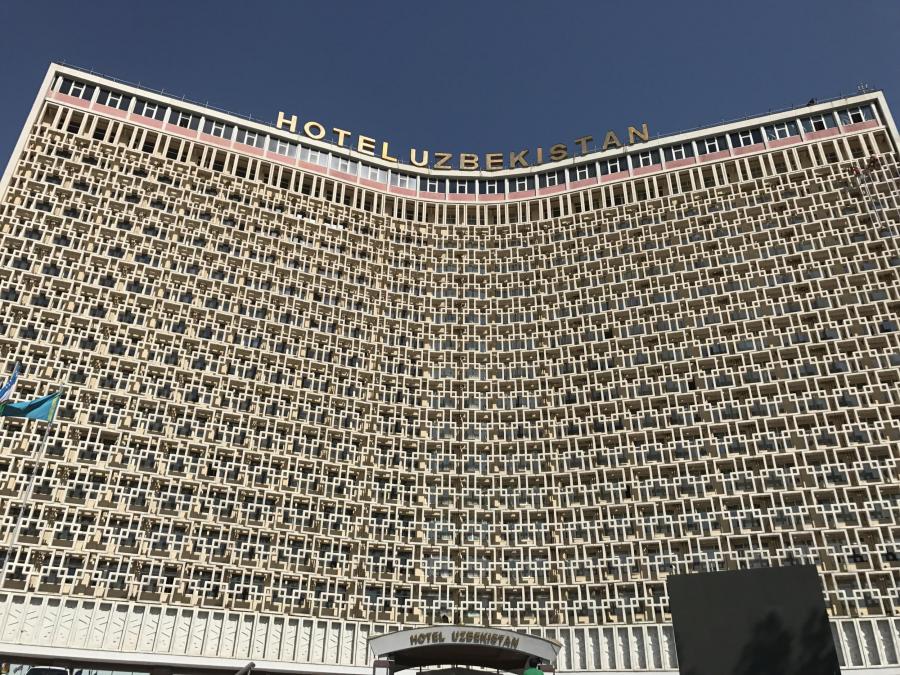 Uzbekistan’s biggest city is one of two halves. On one side of the capital, there are beautiful tree-lined streets and a square that boasts the statue of their national hero Amir Timur. Scattered around the square are Soviet and post-Soviet style government buildings, colleges and hotels.

On the other side is a slightly neglected but much more authentic old city, at the heart of which is Chorsu Bazar. Here you’ll experience Uzbek life as it is, with stalls selling everything from fresh fruits to lepeshka (traditional toasted bread). Not far from the dome-shaped market is the Khast Imam complex, home to a mosque, mausoleum and one of Muslim world’s most sacred relics – caliph Osman’s Koran.

Use the metro to get around the city and take special notice of the unique designs at every station.

Travelling around Uzbekistan is easier than you think. Central Asia’s first high-speed train will get you from Tashkent to most desired Silk Road destinations in less than 3 hours for little over 20 pounds (upgrade options are available). Book your tickets online to save standing in long queues and leave plenty of time for security checks. Daily flights and local buses also operate between major cities.

Uzbekistan is a shopper’s paradise. From paintings to pottery and carpets to dry fruits, it’s full of enticing things that you’ll want to buy. The silk fabric of Ikat is an Uzbek specialty and can be found at most bazaars in all imaginable colours. For a couple of pounds you can get hand-painted ceramics or if you’re looking for something unique, get your hands on a traditional Suzani — exquisitely embroidered pieces of cloth – which vary from a hundred to thousands of pounds depending on size and design. 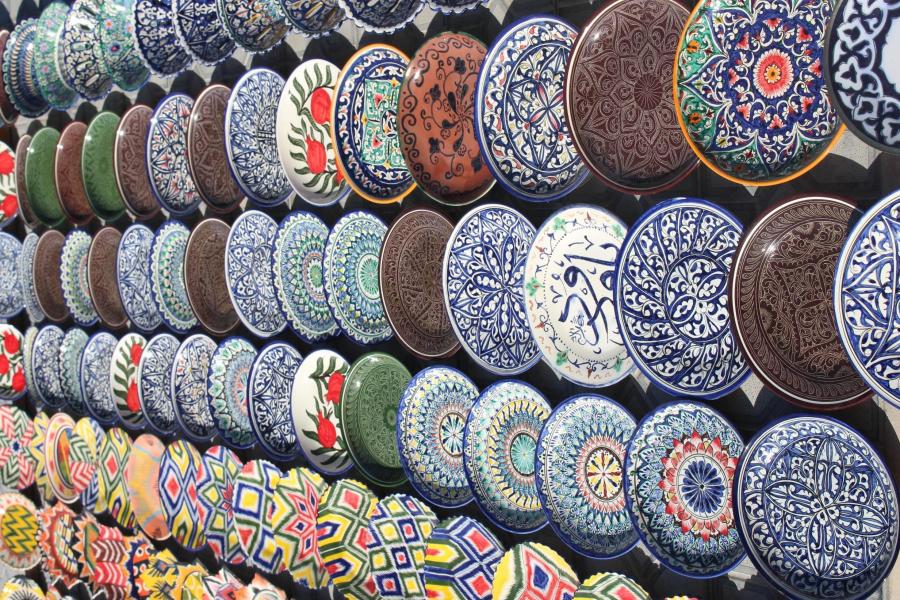 7. Get there before everyone else does

Apart from a handful of locals and the odd tourist, you pretty much have the place to yourself. It’s refreshing to visit a major site and take the time to appreciate it without being pushed along. Uzbeks are really friendly people and although very few of them speak English, they are keen to get your thoughts on their country so be prepared to engage in small talk.

8. It’s not all mosques and mausoleums

Away from the cities, Uzbekistan has a diverse landscape: rivers, forests, deserts and mountains making it a destination of choice for trekkers and hikers. Expeditions can be arranged with local tour operators. Stay the night in a yurt camp, stargaze and live the nomad life. 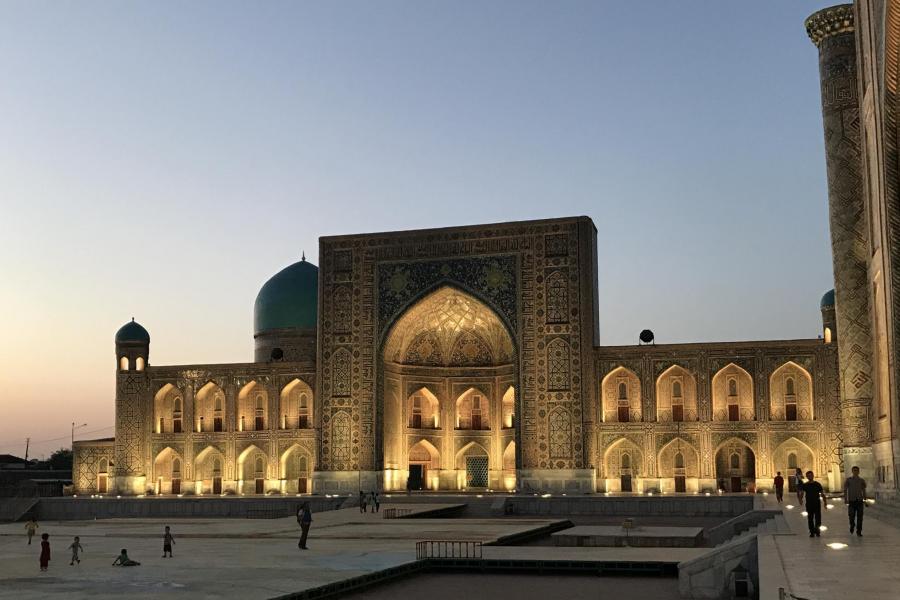 #nofilterneeded as most of Uzbekistan is picture perfect. From the grandeur of Registan to brightly coloured Uzbek clothing, almost everything you see is instagramable. The ornate blue and turquoise madrasahs will undoubtedly make a few jaws drop in awe.

Uzbekistan is a cattle-rearing nation so it’s no surprise that most delicacies include meat. Meals are often over several courses starting with salads, followed by soup, a main and dessert. Try the Plov (similar to a pulav or biryani) — made with rice, meat, carrots and spices, the samsa and shashlik kebabs. Local markets are a good place to try homemade delicacies, sweets and pastries. 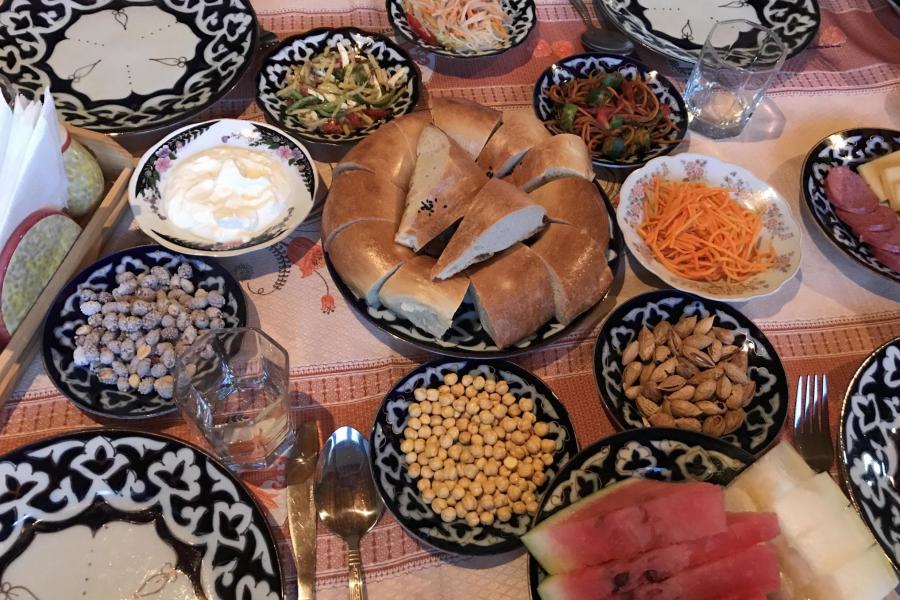 Travel tip: Most nationalities need a visa to travel which can be arranged with the Consulate or Embassy. All tourists are required to register with a hotel within 72 hours of arriving in Uzbekistan. Keep those registration slips safe, as you will need to hand them over to customs during departure.

Maybe you also wanted to go on a trip to Uzbekistan?

Choose the destination and your unforgettable trip around Uzbekistan.